(11)In the poem, "Crossing the Bar" literally means or refres to death. When a person dies, he or she has crossed the bar of life to another world, the great beyond. On this premise, we derived the theme of uncertainty in this poem. There is uncertainty of life. We do not know what faces us in the next minute. We live today and we are oblivious of what will happen tomorrow. The "sunset" and the "evening" referred to in the poem actually means that period of life when man's instinct tells him that the end of his existence on earth is imminent. Although this usually happens at old age, it can also happen before such a time, hence, showing the uncertainty of life. The poem relates that all things would soon fade and pass away. The poem underscores the fact that man is a mortal, hence, he would face death sooner or later.The poet speaks with certainty in regards of his death and his transformation into another realm of existence.

(10)(i)Repetition: This is seen throughout the poem. Example: What eyes will watch our large mouth? is repeated in the second stanza.(ii) Rhetorical Question: This runs throughout the poem. It expresses the poet’s worry and emphasises his seriousness over the subject matter of the poem. Examples: “Who then will hear our voices without laughter?” “Who then will hear us without laughter?” “What eyes will watch our large mouth?” “What heart will listen to our clamouring?” “What ear to our sobbing hearts?”.

(4)(i) AlohoShe is the main character in the play, a young and native university graduate desperately searching for a job. In her desperation, she ignorantly becomes part of a criminal network involved in drugtrafficking in spite of her friend’s constant warning to keep away from notorious Ochuole. Aloho is arrested and detained for drug trafficking. Upon her release, she suddenly realizes that she is pregnant for Chief Haladu- Amaka and eventually dies during child-birth. The author uses Aloho’s character to portray the ordeals of many young and jobless Nigerian graduates, how they are easily taken advantage of and lured into crime in their desperation to get a job.(ii) Ochuole:Ochuole is Aloho’s classmate in the University. She is portrayed as notorious and wayward. Ochuole works as Chief Administrative Officer at the Ministry of External Relations. She aids Chief’s sexually immoral lifestyle by providing him with ladies. She lures Aloho into drug trafficking in the guise of helping her to secure a job with the Ministry of External Relations.(iii) Chief Ade Haladu-Amaka:He is the Minister of External Relations and the epitome of corruption in the play. He is the ring leader of a criminal network of drug peddlers. He engages in bribery, large scale embezzlement of public funds,sexual immorality and fraud. His character is ironical. As a Minister of External Relations, he is supposed to promote his country’s image in the comity of nations. On the contrary, Chief Haladu- Amaka through his many vices portrayed his country in a bad light.(iv) Ogeyi:Ogeyi is Aloho’s friend and confidant. Aloho lives with Ogeyi in her small apartment in Pannya. She tries to discourage Aloho from taking Ochuole’s job offer and warns her to keep away from Ochuole. She seeks justice for Aloho by reporting Chief to the police. She is the voice of reason in the play.(v) Madam Hoha:Madam Hoha is the Manager of Akpara Hotel. The hotel where Chief perpetuates his criminal activities.She is sentenced to ten years imprisonment with hard labour along with Ochuole and her hotel was sealed.

(7)The play was called "the mistakes of a night". This is because there several mistakes made in the night. The night was significant to the play, because it helped to expose and validate the title of the play known as "the mistakes of a night". The significance of the night was highly emphasized in the play, throught the characters and roles of Maslow, Kate, Hastings and Tony Lumpkin.Firstly, Tony Lumpkin deceived the visitors(Maslow and Hastings) and made them believe that Mr. Hardcastle's house was an inn. Because they made that visit in the night, the visitors mistakenly took to Tony's descriptions of Mr. Hardcastle and the house, and this led them to being unruly and rude to their host, his daughter whom they saw as a maid serving in the supposed and assumed in.Secondly, Kate Hardcastle dressed like a maid that night that Maslow and Hastings came. They saw and assumed her to be a maid. Maslow particularly felt free with her, believing that she has got low class. Maslow's wrong perception of the young lady(Kate) was as a result of the trick that the night plays.Finally, Tony tricked his mother by driving and Constance Neville round the perimeter of their house and brought her back to their garden. It was in the night that all these happened. If it were not for the night, Mrs Hardcastle could not have been deceived by Tony. Therefore, nthe night played a significant role in the play, for in it, mistakes were made and through these mistakes, truths were uncovered and the plans of Mrs Hardcastle to covet the jewelry box belonging to Constance and to lure her into marrying her son.Tony Lumpkin, were punctured and these mistakes of the night helped to develop the plots of the play.

(4) Ajumobi is Yaremi's late husband and the father Segi, Wura, Alani. Ajumobi was a brave and powerful hunter who enjoyed boasting of his prowess as a successful hunter. He's a caring and loving husband. He used to boast to Yaremi that he ruled the animal world. He claimed that he wore a live python round his shoulder with no fear of danger as shown in page 51. In his lifetime, he was firm and had absolute control of his household. He owned a cocoa farm, banana trees, kolanut trees and fruiting palm trees. Ajumobi was a happy and lively man. He was quite unlike many Kufi men. He is a stammerer. He stammers when he is angry. On the day tha Yaremi tore his dress, he stammered angrily as he told her that he would weep her thoroughly. He is a wife beater. He has beaten Yaremi before. He boasts a lot. However he is a doting man. As a husband, he usually gives Yaremi advices on "two hundred issues as seen in page 66, he exhibits good nature of a caring husband. And he showers his affection and love on Yaremi. He catches good bush meat for his lovely wife, Yaremi.Like most men in Kufi, he liked drinking palmwine in the company of friends. He was quite ambitious. Prior to his death, he planned to renovate his house and even take a second wife. Yaremi loved her husband greatly and in spite of their many squabbles in his lifetime, she missed his affection and companionship.

=========================================(7)Theodore emerges as a main character after Manfred orders him to be imprisoned within the helmet for his insolence and he escapes, only to help Isabella escape from the castle through a trapdoor. He is revealed later in the novel to be the lost son of Friar Jerome. Theodore proceeds to protect Isabella from the wanton lust of Manfred. He captures the hearts of both Isabella and Matilda, but settles for Isabella after Matilda's death. In other words He hides her in a cave and blocks it to protect her from Manfred and ends up fighting one of the mysterious knights. Theodore badly wounds the knight, who turns out to be Isabella's father, Frederic. With that, they all go up to the castle to work things out. Frederic falls in love with Matilda and he and Manfred begin to make a deal about marrying each other's daughters. Manfred, suspecting that Isabella is meeting Theodore in a tryst in the church, takes a knife into the church, where Matilda is meeting Theodore. Thinking his own daughter is Isabella, he stabs her. Theodore is then revealed to be the true prince of Otranto and Matilda dies, leaving Manfred to repent. Theodore becomes king and eventually marries Isabella because she is the only one who can understand his true sorrow.

We need only 257 candidates for this year jamb runs. Only few slot left.

Beware of Scammers.... Please always use 0 for all your transactions to avoid being scammed. NOTE: Any answer that does not have 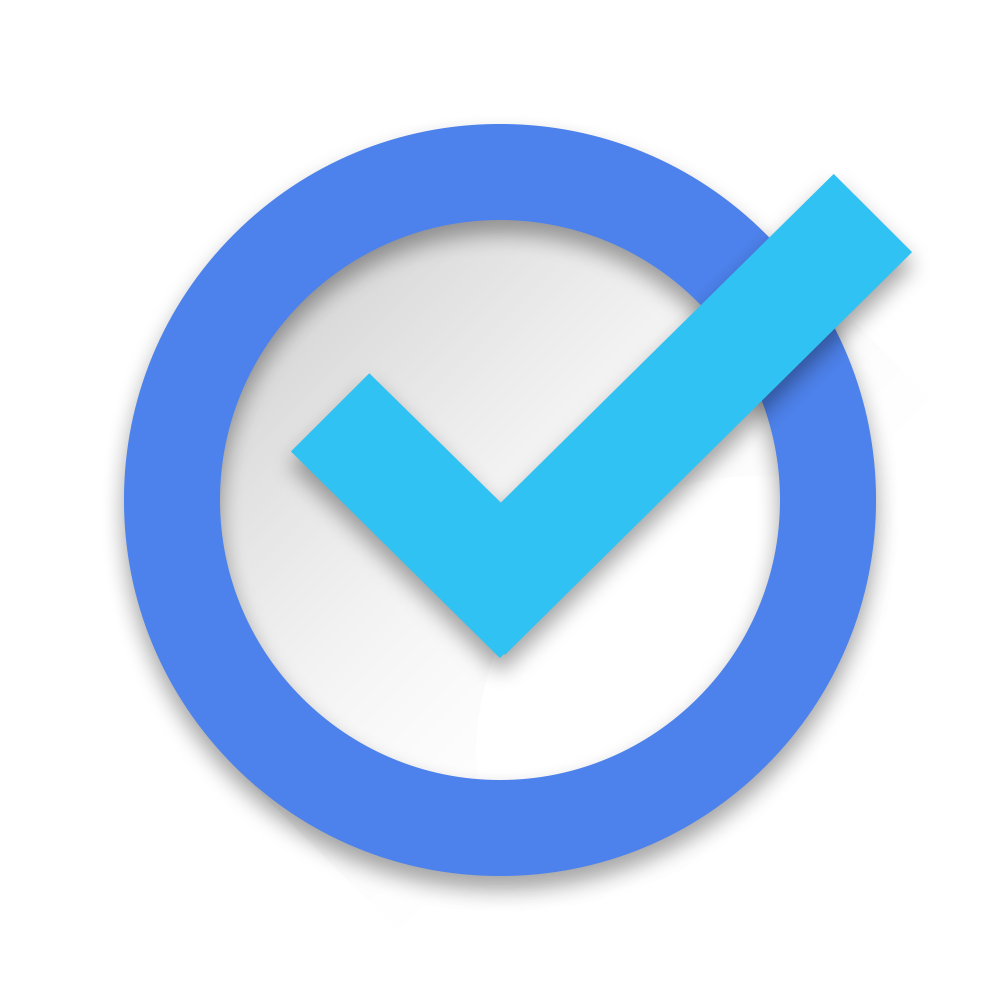 
We need only 257 candidates for this year jamb runs. Only few slot left.. Also note that Our 2023 WAEC GCE Second Series Midnight Answers Subscription ends on Sat 4th Feb 2023. Note: we don't accept calls. Please, we beg you in the name of God, do all your daily subscriptions AT LEAST a day before the exam, we may not have time to attend to you for daily subscriptions on the exam day.